Fleas, ticks, and worms or should we say the big three parasites; they are always mooching around throughout the year, seeking a host to cling on to. These creatures can be deadly and cause great uneasiness and discomfort to the host (dog or cat). Speaking of deadly, fleas, ticks, and worms, all have their own levels of dangerousness, and in this blog, we will look at them in detail.

Fleas vs. Ticks vs. Worms

We all know that fleas, ticks, and worms bring tons and tons of problems to pets, but not many know about what these parasites are capable of. Hence, let us look at each of these big three parasites and learn more about them.

A flea is best described as a tiny wingless blood-sucking insect that lives on the pet’s body, and over time, lay eggs known as flea eggs in the environment. If left untreated, they can be very fatal. Some of the horrible things fleas are capable of are given below.

A tick is a blood-sucking insect that attaches themselves to the host. It sucks the living daylights out of the host, leaving it in immense pain and discomfort. Like fleas ticks too, are capable of spreading many fatal diseases, some of which have been listed below.

Intestinal worms are one of the most common problems faced by millions of pets across the globe. There are several species of worms such as whipworms, roundworms, hookworms, tapeworms, etc. And they all come in different shapes and sizes. These worms can cause numerous issues to dogs and cats, some of which are given below. 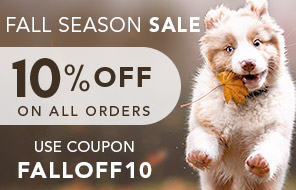