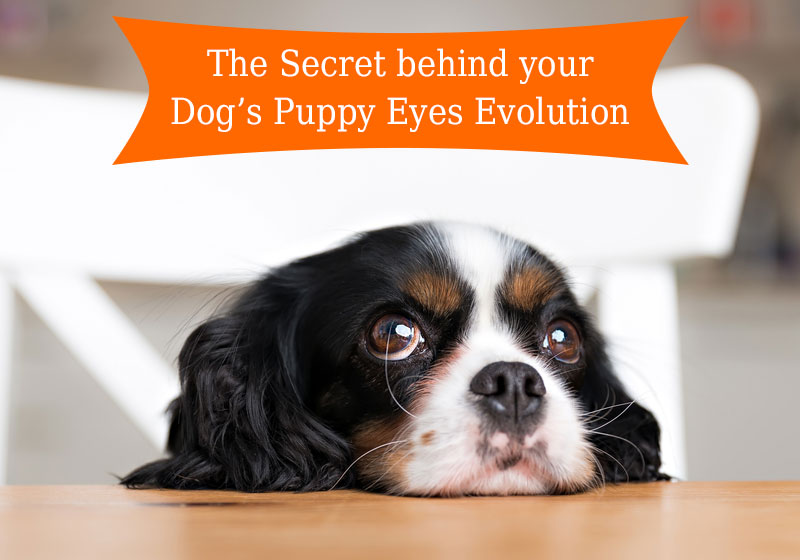 Puppy eyes are one of the few amazing tools that your furry baby uses to sweep you off your feet. Dogs, over the years, have very smartly developed the ability to come up the sad or cute puppy-eyed expression because they get love and attention as a reward. Humans love to see animals make faces that resemble our facial expression, this gives them joy.

According to research conducted by several scientists, it was found that “puppy eyes” stimulates the release of the “love hormone“Oxytocin both in dogs and their owners.  And, surprisingly the positive feedback is similar to the spike in Oxytocin a mother gets when she looks at her newborn babies.

“We humans use eye gaze for affiliative communications, and are very much sensitive to eye contact, therefore, the dogs who can use eye gaze to the owner efficiently would have more benefits from humans,” said the study co-author Takefumi Kikusui, a professor of veterinary medicine, Companion Animal Research Lab at Azabu University in Japan.

It’s due to this gaze; the dogs have secured a permanent place in the heart of humans.

Now, a question arises that even though wolves and dogs have come from the same ancestral lineage –

Why Only Dogs Can Make Puppy Eyes And Not Wolves? 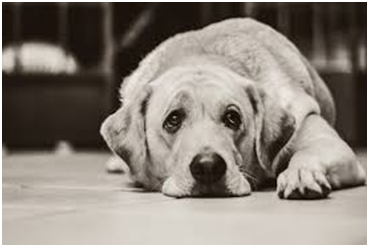 Prior to or during the Last Glacial Maximum, the genetic bifurcation between dogs and wolves betided between 40,000–20,000 years ago. This time span is referred to as the upper time limit for the onset of the domestication. During this time period the divergence happened, domestication happened later.

The domestication of animals occurred around 15000 years ago with the grey wolf (Canis lupus) being the first one to be kept together by nomadic hunter-gatherers.

So, as shown in a study done by the scientists at the University of Portsmouth, the wolves that were domesticated evolved into dogs and in recent times they have developed a set of muscles that does inner eyebrow movement. 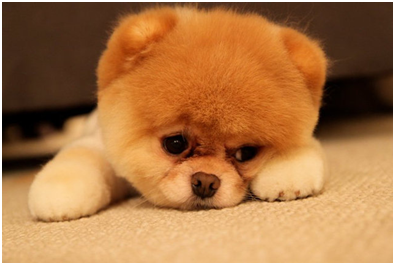 In the research that was carried out on several wolves and dogs, it was found that the centuries of domestication have in a fundamental way reengineered a dog’s eyebrow anatomy.

Behavioral data gathered from dogs and wolves, throw light on the fact that dogs produce the eyebrow motion more often and with higher intensity than wolves do. Viz. dogs have evolved and learned to make puppy eyes and manipulate you whenever you seem angry or they want attention.

One more reason why those puppy eyes seem loveable is that those expressions resemble the expression given by humans in their sad times, hence this expression when given by a dog, triggers a parenting response in dog parents.

You can read the study here!

To Explain You Anatomically 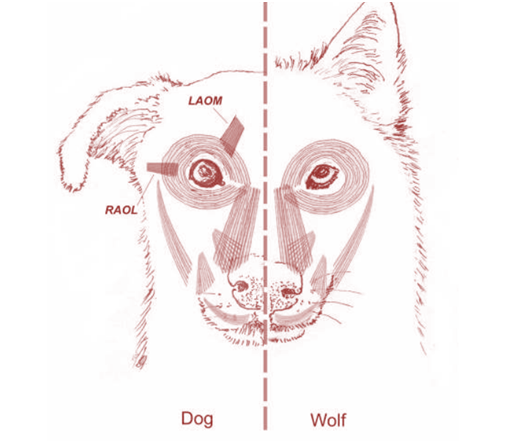 After observing a bloodhound, a mongrel, a Labrador retriever, a Siberian husky, German shepherd, and a Chihuahua, and four wild grey wolves, they discovered: –

The presence of the levator anguli oculi medialis muscle (LAOM –refer to the above image) in dogs and not in wolves leads to the movement of the eyebrow to the downward and upward direction. All dogs had LAOM but the wolves were not having LOAM. The other muscle, retractor anguli oculi lateralis or RAOL that is slim and merely available in wolves but is present in dogs with Husky breed being an exception since it is the closest to the wolves than other dogs.

Furthermore, this might not be the only reason behind the dogs making their way into our hearts and houses. Another reason as per researchers might be – humans may have simply bred dogs in a way that pleased them more. 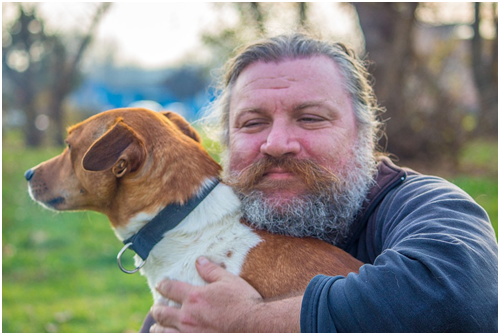 So, from next time, if you see your pooch making those puppy eyes whenever you are applying a flea and tick spot-on or giving any treatments that he doesn’t like, you can tell him/her to stop manipulating you, as you know the reason behind it.
Having said that, it is pretty much possible that you will still fall for that trap because let’s accept it, those pet me more eyes can melt anyone’s heart.

Read most amazing things about pets!

Summer SALE Is LIVE! USE: PRESMR10 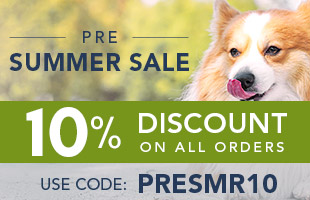