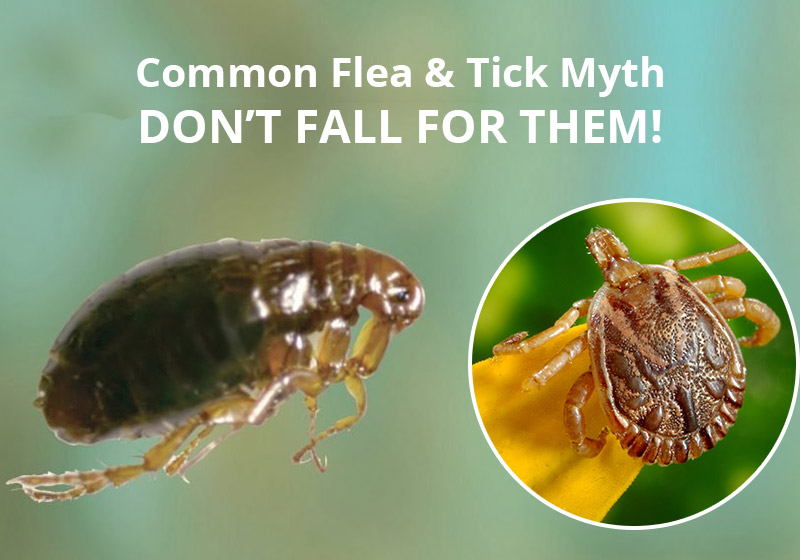 Fleas and ticks are the most common types of parasites that can harm our beloved cats and dogs. And although there are tons of information found on the internet regarding these pesky critters, not all of them can be believed. Well, there are several myths surrounding fleas and ticks. And through this blog, we want pet parents to be alert and well aware of them. So without much delay, let us dive in.

Myths Regarding Fleas And Ticks

First things first, myths are not to be believed because well, they are myths. It can be difficult to differentiate between a myth or the truth, but when it comes to fleas and ticks, we’ll make it a lot easy for you. Just read on to know more.

Some myths about fleas…

Winters in America can get really cold and this might have you think that fleas and ticks cannot survive these harsh condition, so they will probably not be found anywhere near your homes. But unfortunately, that is absolutely not true. Fleas and ticks can thrive at any given temperature. Yes, you may see less of them in winters but they are still there, waiting to latch onto a host.

Myth 2: A Solitary Flea Is No Big Deal, Right?

Most of you might not know this but about 95% of a flea population is in the egg, larval, or pupal stages. So if you notice a single flea on your buddy or anywhere in the house, be sure to find hundreds and hundreds of eggs and immature fleas in the environment. This is a cause for concern, yes. And it must be tackled quickly before it gets worse.

Myth 3: No Scratching Means No Fleas?

We tend to associate excessive scratching in pets to perhaps fleas or ticks on their bodies. But that is not always the case. Even if your buddy is not scratching, biting their fur, or licking their skin, they can still be infested with fleas or ticks. Thus, it is highly recommended to always run your fingers on their fur regularly to rule out any parasites on their bodies. And if you spot any, get it treated as soon as possible.

Myth 4: Can’t Spot Fleas, So They Are Gone

Fleas are tiny creatures and because of their small size, they can be very difficult to spot. So you might think your buddy is all safe and sound, but no. Fleas cannot be spotted with the naked eye. Thus, you either put your buddy on a flea preventative schedule. Or you could regularly check their fur by running your hands through it. If there are fleas, you will probably find a few.

And now, let’s turn our attention to some myths about ticks…

Myth 1: Only Outdoor Pets Can Get Ticks

Ticks are most likely found in areas where there are tall grasses or trees. The adult ticks tend to crawl up the tall grass blades and wait for any animal or host to pass by. And when they do, they hop and latch onto them. And because they do that, if your pet comes in contact with an infected outdoor dog, he is very much likely to get the dreaded ticks. So yes, outdoor dogs are not the only pets that can get infected with ticks.

Some states in the US can get extremely cold during winters. It can make it unbearable for anyone, let alone ticks. But during the colder months, some ticks become dormant while others burrow in the leaves on the ground. Some even move indoors and find animals to latch onto. Hence, even in winters, your buddy can get ticks. So stay alert and put your buddy on a tick preventative schedule.

[Also Read] Ticks That Are Affecting Different Areas of the US

Myth 3: No Tick Problem For Cats Because They Groom Themselves

Even though cats groom themselves from time to time, they can still get the dreaded ticks. Cats, especially those ones that tend to spend a lot of time outside hunting in the wild. Since they hunt in grassy areas, it is very much likely that a tick can latch onto their fur. And more often than not, a tick will latch onto those areas on the body where a cat cannot reach!

Myth 4: As Soon As A Tick Bites, They Transmit Tick-Borne Diseases

Ticks are known to carry and transmit several tick-borne diseases, some of which can be quite fatal. However, not every tick is infected and most of the tick bites will not result in any sort of disease. And since it is difficult to know if a tick is infected, removing them promptly is highly essential.

And that’s a wrap!

We hope this blog has helped to gain ample amounts of knowledge about what’s right and what’s not with regards to ticks and fleas on pets. So go spread the word among other pet parents. And like always, stay safe and keep protecting your furry pals. 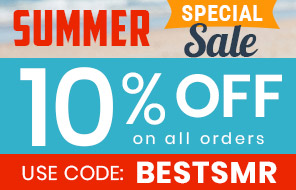