Don’t be complacent about mosquitoes. They can be fatal to your beloved Fido. Mosquito bites can get your dog infected by heartworms that can lead to several health-related complications including premature death. Our team of animal health professionals has invested their time and effort to educate pet owners about heartworms so that all of you are able to tackle the issue head-on rather than sweep it under the carpet.

As many as 30 species of mosquitoes can act as heartworm carriers. Mosquitoes usually end up ingesting heartworm larvae, known as microfilariae, upon biting an infected dog or cat. When such infected mosquitoes bite another dog, they also inject the larvae of heartworms into that dog. These larvae that have infected this new dog via the mosquito bite then begin to mature over several months and begin to accumulate on the right side of the heart and the pulmonary arteries.

By this time, the larvae have grown into full-blown adult heartworms and become capable of reproducing. All of this can happen within a time span of six months since the microfilariae first invaded the dog’s body. About eight months after first getting infected, the adult heartworms begin to produce a new generation of microfilariae. By the time these new-generation microfilariae grow one-month-old in the dog’s body, the canine’s life is already under threat though the symptoms may have still eluded you.

Four Stages of Symptoms In A Heartworm Infected Dog

A dog infected by heartworms will pass through four different stages, with each stage characterized by distinct symptoms. Many times though it could be difficult to identify the stage of infection because of a strong possibility of the intermixing of symptoms and stages. By the time a dog passes through these four stages, the parasites have already entered the dog’s heart.

The dog may fail to show any symptoms at all in the first stage. The heartworms have begun accumulating in the heart at this time though they may not have reached a potential wherein they can start reproducing a new generation of microfilariae and the dog’s body might not have produced antigens in a quantity that is sufficient for them to get diagnosed.

The dog may not show any symptoms even in this stage or might start showing only mild symptoms such as fatigue or a cough that refuses to go away. This stage is reached when the adult heartworms have become potent enough to reproduce a new generation of microfilariae. By this stage though, the dog’s body has produced enough antibodies to detect their presence by way of blood test.

It is in the third stage that symptoms actually become more pronounced and easily noticeable. The dog may get easily tired and become averse to exercise. It might as well start experiencing breathing trouble and the cough could get more severe.  Some dogs might also cough up blood in this stage. This stage of the disease can be easily diagnosed with the help of an X-ray scan of the heart.

All the symptoms of the third stage will get more severe. Abnormal sounds may be detected from the heart and lungs while the liver may show signs of bloating. Despite starting treatment, at this stage, there is a risk of the dog becoming permanently disabled or succumbing altogether.

With the progress of the disease, treatments may require more and more invasion of a dog’s body with every advancing stage. This is a big reason why detecting the disease early makes all the difference. Keep an eye out for any alterations in the dog’s behavior and in case you find that he is showing symptoms of heartworm, reach out to a vet at the earliest.

As the disease continues to progress, the dog could often faint and suffer from anemia, high blood pressure or a quickening of the heart-beat. Contrary to medication that can avert heartworm disease, all remedies to cure it at any of the four stages are fraught with potential side-effects, could be painful for your pet and a burden on your wallet.

Buy Heartgard Plus at Lowest Price

Prevention Is Better Than Cure

Rather than letting your dog suffer from a plethora of heartworm conditions, it is always safe to go with heartworm control treatments. Heartworm prevention treatments are available as a monthly dose of chewable as well as long-term injections. The chews take the form of treats that your dog will love and therefore are easier to administer. The chewable is given once a month on the same day of the month to keep the dog immune to heartworms. Injectibles are more enduring and a better option for busier pet parents as they offer protection for at least six months. So, based on your dog’s health requirement and your time management look for heartworm preventatives for your furry companion. 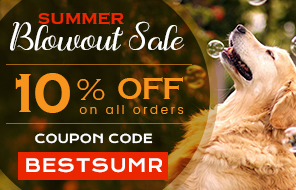